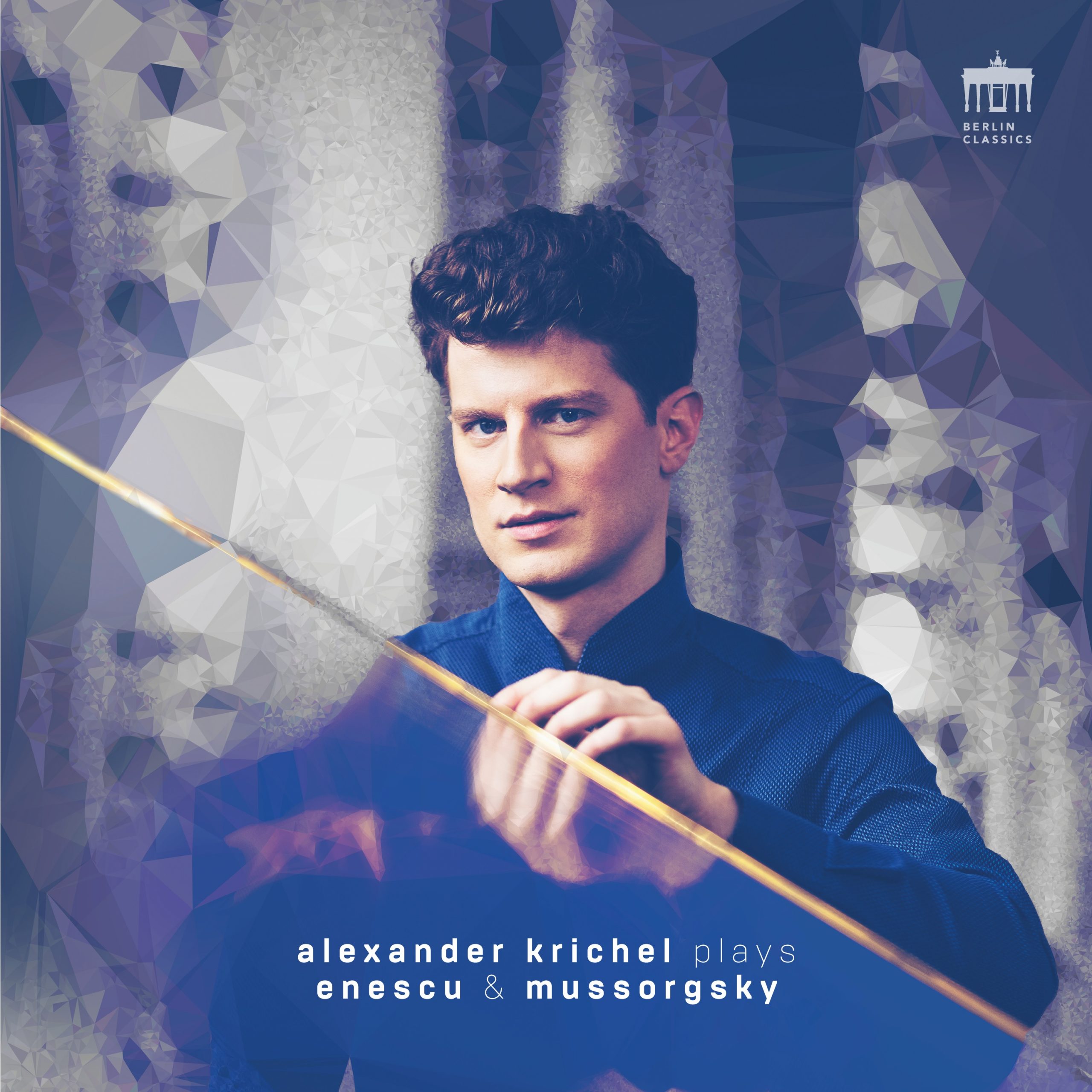 For his first album with Berlin Classics Alexander Krichel has brought together a couple of heavyweights. He combines the “Pictures at an Exhibition” by Modest Mussorgsky, a central work of the piano literature, with a rarely heard gem by the Romanian composer George Enescu. Enescu’s Second Piano Suite enhances the formal language of the Baroque with Romantic and Impressionist timbres, and entrances the listener with a rich palette of tone colours. To round off the programme, Alexander Krichel plays another work by a composer from Russia’s “mighty handful”, the Nocturne from the Petite Suite by Alexander Borodin.

There’s no denying it: Krichel feels himself strongly drawn to the Russian repertoire. He studied with two of the greatest Russian pianists of modern times: in Hanover, as Vladimir Krainev’s last student; and at the Royal College of Music in London, with Dmitri Alexeev. “I’ve long had Modest Mussorgsky’s ‘Pictures at an Exhibition’ in my repertoire, but now, this piano suite is exactly right with its strong sense of dedication,” says Krichel. “It would be hard to find another piano cycle that has such variety and places such comprehensive demands. Mussorgsky captures a whole cosmos in his ‘Pictures’. That links him with George Enescu, who in writing his Second Suite actually composed a tribute as well.

"[Alexander Krichel] reveals, by stripping it bare, the violence of this work. [...] The piano is like a sound shell for emotions, sometimes intimate, sometimes resoundingly loud."

"Alexander Krichel's rendition of George Enescu's Second Piano Suite is one of the most accomplished recordings of this work. (...) In the Mussorgsky he lets every detail shine with great mastery. It is a highly virtuosic interpretation, which puts the emphasis on differentiations of sound colours and timbres."

"With Krichel you do not only get to know all the familiar pieces from a new side and depth. [...] As much as Krichel manages to trigger images in the mind without any effect or emphasis, this is only one side of his successful invitation to get involved with the Mussorgskian warhorse again. [The other side], shows the fine spirit and the exquisite timbre artist Krichel."

"Pianistically and musically, Alexander Krichel owes nothing to these delicate pieces. He tackles the pictures with a great deal of risk and speed [...] an emotional rollercoaster ride."